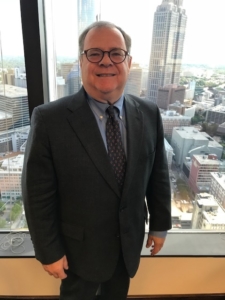 Gary S. Freed is Managing Partner of Freed Grant LLC. For more than 37 years he has resolved business-related disputes and has been actively involved in the Atlanta and Georgia legal community.

In the community, Gary has served on the board or as an officer in several condominium and homeowners associations, including Druid Hills, Briarwood Hills, Lions Gate and Spence’s Field  He has been active in the Atlanta Jewish Film Festival; The Temple, Finance Committee; and has been chair or co-chair of several political and judicial campaigns.  Gary coached soccer and baseball and actively played softball in several leagues for over 36 years

Bar Admissions
Admitted to practice in Georgia and New York.

Personal
Gary is married to Rui Li Freed, and he is the proud father of four children.  He has been a member of The Temple since 1982.

Freed Grant LLC is a local firm with a global reach.
Through our counsel and strategic alliances, we are able to assist domestic and foreign businesses in virtually all matters,
including business litigation, business transactions, labor & employment, executive matters,
real estate disputes, entertainment law, and insurance defense.